Columboys is a podcast all about the rumpled, wood-paneled, murderous world of Lieutenant Columbo hosted by Mack and Ben. Mack has seen every episode and Ben is seeing them all for the very first time. Episodes are released every other Sunday. Come along on an episodic journey through the 35 year history of this beloved series. 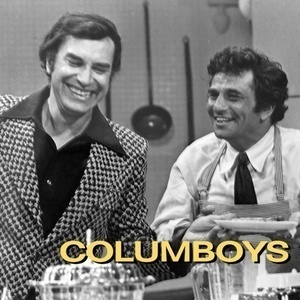 Columbo's cruise to Mexico is interrupted when he tries catch a wily car salesman who murders a singer to cover up an affair. Will he catch the killer and still make it to the Lido Deck in time for the limbo contest? Meanwhile the Columboys battle tone, pacing, and Morpheus the dreamlord in their struggle to keep interested in this episode of the beloved 70's detective series.